Like most people, I am gripped by a sense of fascination when witnessing certain acts of violence: boxing games, car crashes, footages of illegal dog fights, and bloody war movies. I do, however, simultaneously feel a sense of guilt at knowing that I do not approve of these acts. My series of paintings The Spectacle is my attempt at trying to work out these juxtaposing issues and feelings of mine regarding violence.

While the representation of art of certain forms of industrial violence- namely those that are necessary for food and commerce- do not attract a public audience, there are other violent enactments that are framed, staged, and performed as quasi-private, usually illegal spectacles, like dog fights, cock fights, and, in some cultures, bull fights. As an artist, I am interested in the multiple layers and intentions behind these forms of violence, with their oppositions between brutality and beauty, the necessity of food and the indulgence of entertainment, and between solitary remorse and collective indifference.

Through the use of images in my paintings of animal slaughter, animal fighting, and violent conflict between animals and humans whose images come from my own observation as well as the mass media, I strive to question the polemic nature of violence. By creating light, translucent, and visually pleasing watercolor images of violence, I attempt to position viewers as spectators, hoping to draw them into my paintings through the beauty of the images and the drama of the subjects they depict, only to have them realize that these images are supposed to be repulsive or horrific. Finally, I want viewers to wonder how and why they are so visually drawn to scenes they are not supposed to find beautiful, charming, or attractive. 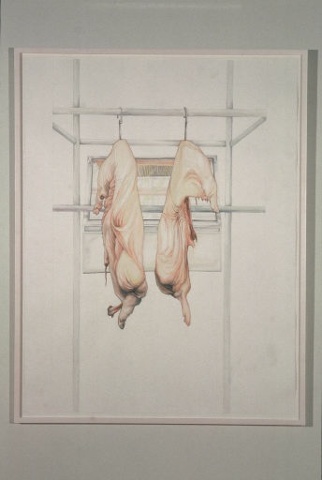 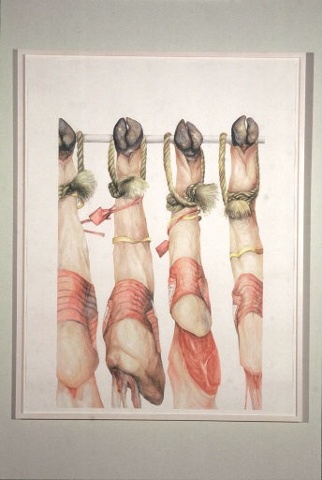 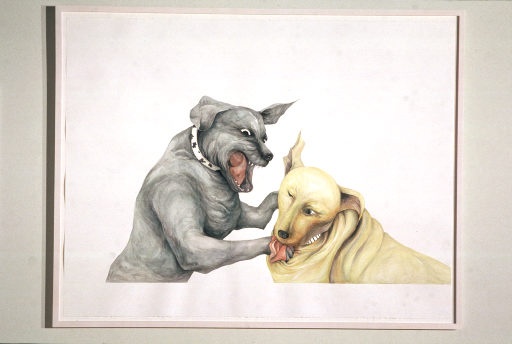 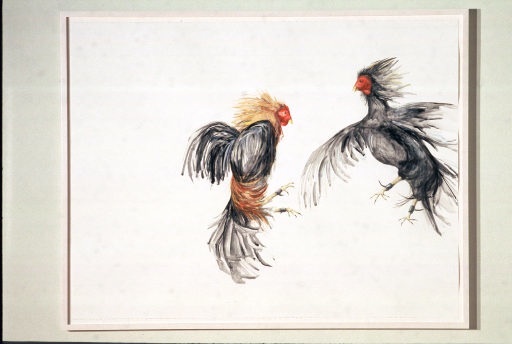 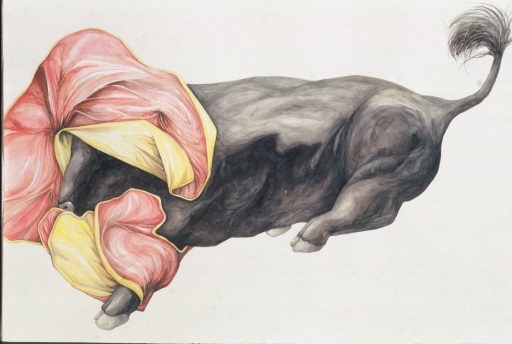 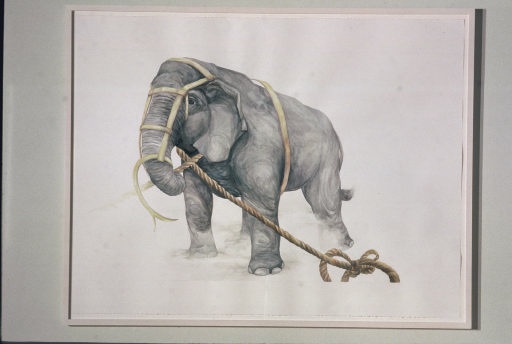 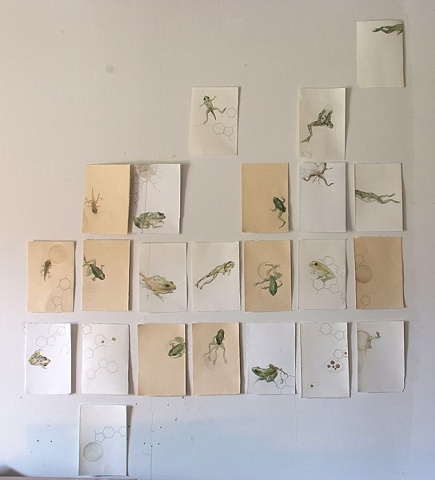 Grid, Broken
Watercolor and graphite on paper
11 in x 9 in each 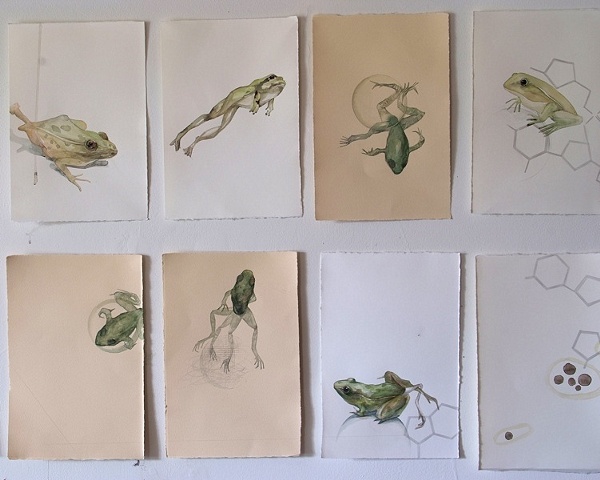 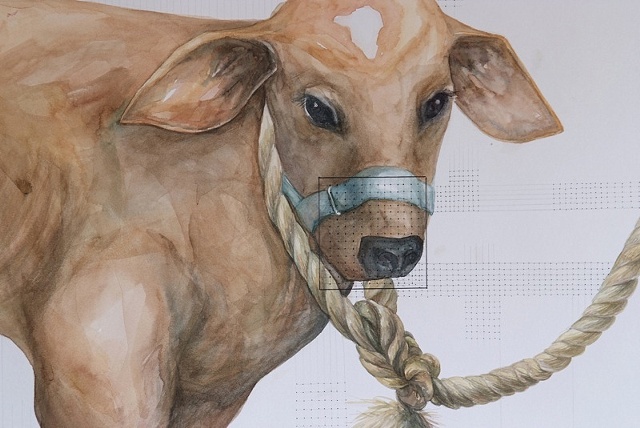 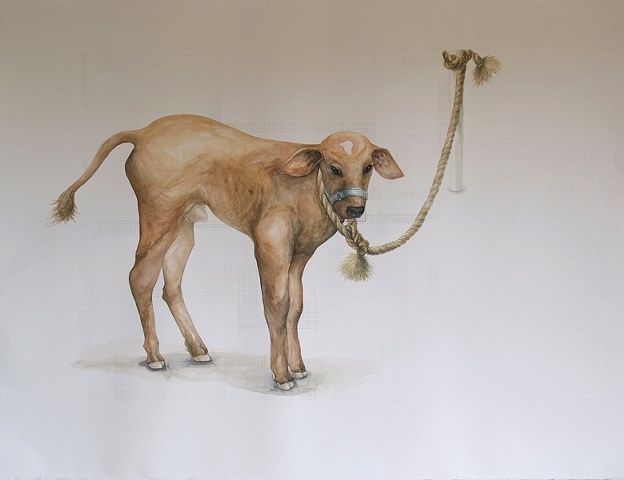 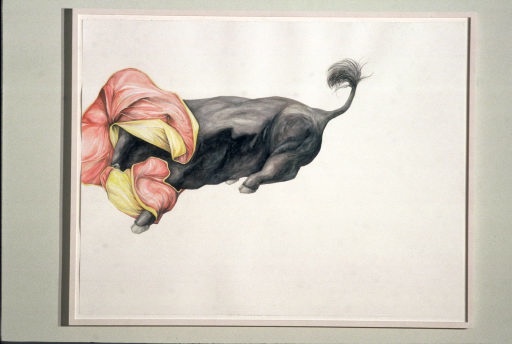 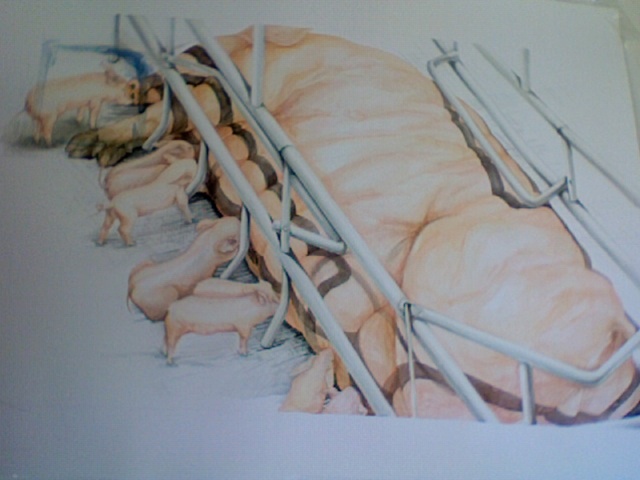