I have always been interested in the relationship between oneself and its environment, especially nature. More specifically, the constant paradox of destruction and dependence in the midst of perpetual longing for redemption has been the overarching question in my work for the past few years. This constant tension and push-and-pull and the subsequent transformation that can be seen as both foreboding and redemptive is what I try to create in my work.

Much of my work exists on the edge of intersection between of realism and abstraction, often starting out with microscopic organic forms found in biology including human anatomy as well as repetitive patterns in nature that are reminiscent of system and order and the subsequent transformation in visual forms that break into something more surreal, transformative, and moving. My recent work has thus been including works that deal with cultural dependence on nature for spiritual comfort and images that convey something a bit more apocalyptic due to our destructive actions as well as those that create a sense of optimism and resilience. Through creating such a series, I hope to create a body of work that is not didactic, but rather contemplative and multilayered. 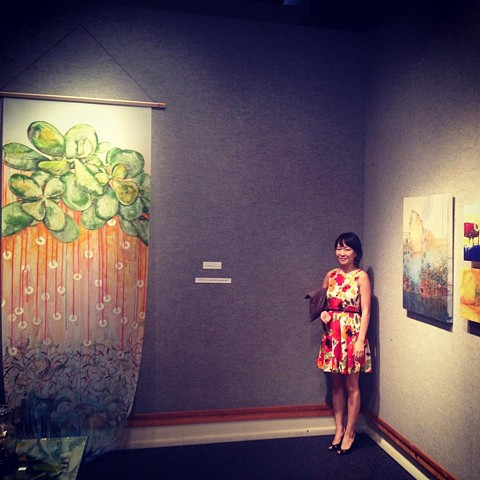 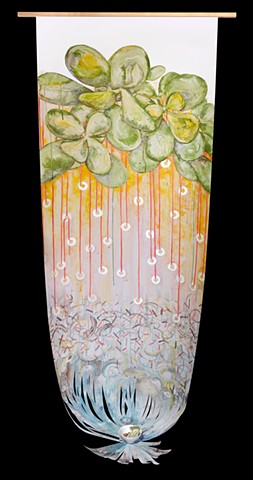 Money Tree/Money Pond
Watercolor, Oil, and Graphite on Dura-Lar
120 in x 40 in 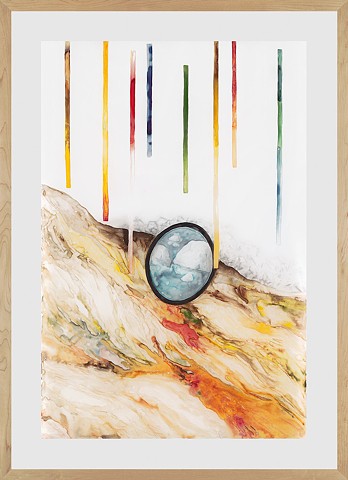 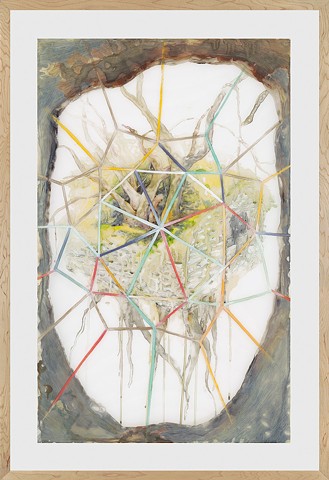 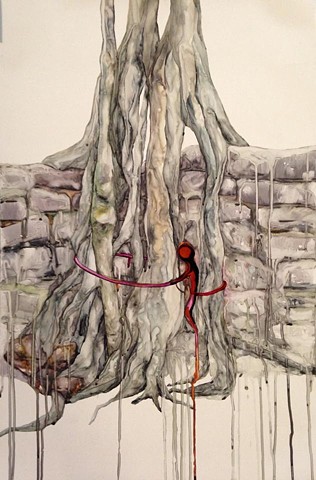 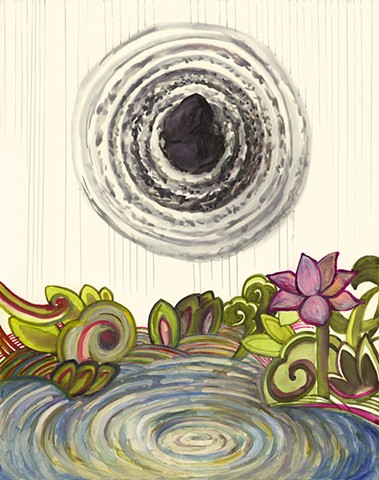 Ripples
Watercolor, graphite, and oil on clayboard
10 in x 8 in 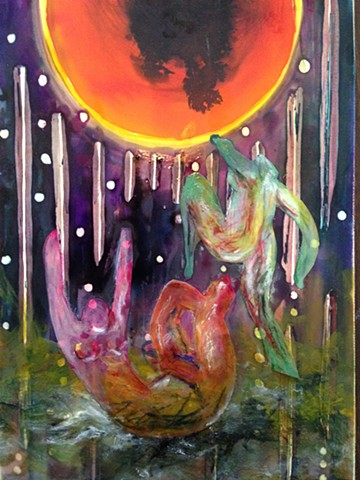 "The Dance for the Dead Painters' Society: after Matisse"
oil, watercolor, and dura-lar on clayboard